- SOS items has been released, and you can now use an Activation scroll found in the Gold Minor NPC to activate it.
The cost of a Weapon Activation Scroll is 400m, a Set Activation Scroll is 150m, and an Accessory is 250m.
- We've patched Thief Boss Kalia as it was a mixed Unique for both varieties - and that's in order to ensure equality and fairness between our players. Now, INT players will not be able to kill the STR version of the Thief Boss Kalia and Vise Versa.
- Increased STR Bone Roc and STR Eagle Boss HP by 30%.
- Respawn time in the Arabian Coast has been decreased to 3 seconds.
- Salt Post & Echo Valley areas do not spawn party mobs now. Use freely.
- Fairly increased the KTG Bot HP as it was dying rapidly.
- Added an invisible detection potion in the potion shop.
- Improved the Battle Arena scheme as it used to allow players to join 1v1 there which caused score issues and generally improved the Scoring mechanism there.
- Changed the description on the Advanced Package to 300 Silk Scroll instead of Eagle Addict Title.
- Fixed Capture the Flag issue as it wasn't allowing the players to join.
- Forgotten World Pillars are now available in the Gold Minor NPC.
1* Pillar cost is 75m and 5 Activity Tokens.
2* Pillar is 200m and 20 Activity Tokens.
3* Pillar is 300m and 30 Activity Tokens.
4* Pillar is 400m and 40 Activity Tokens.
- A cooldown of 10 hours has been applied to Forgotten World Entrance.
- All used to drown under the Stairs, which was a well-known bug in Alex. However, this has been fixed now.
- Model switchers Sparkle has been fixed.
- Upgraded our host for better performance.
- Disabled phbot usage to avoid several illegal activities.

Eagle has set out on a new journey!

Greetings to all of our devoted Eagles!

A wise man once said, "During the storm, all birds seek shelter." Eagle, on the other hand, prevents rain by soaring above the clouds.

Eagle has set out on a new journey from Flora to Sparta, and it's arriving.
Are you ready to see what lies ahead? 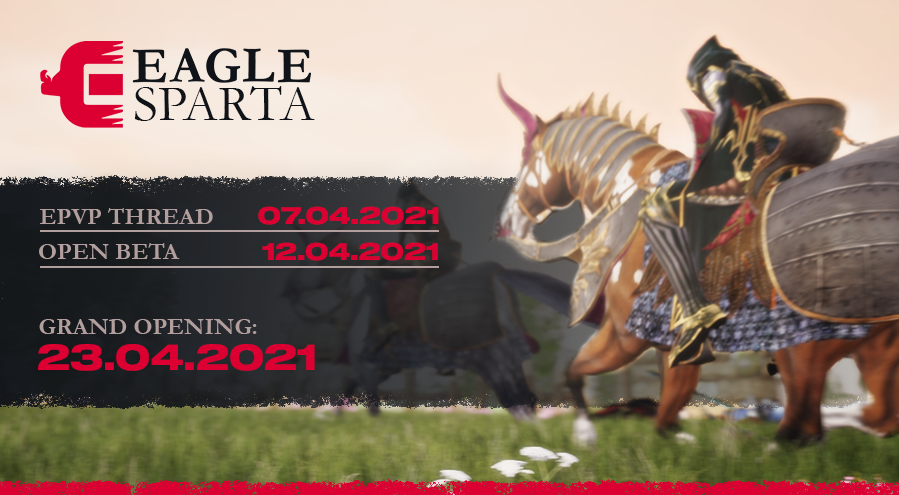